Review found on the web

What a city.......Toronto!!! Probably the most exciting city in Canada!! Toronto's energy level and downtown scene is almost like New York City....almost!!

Just got home from a real quick-ass show in toronto. Can't remember the set list, (should take a pen and write them at the time). Still highlights included Ma&Pa, Party at Ground Zero, Freddy's Dead (with a great spoken word intro by Angelo), Alcoholic, Riot (although only two minutes long), Nuttmeg World (really rocked out), Shakey Ground (with a long and rather neat dedication to Eddie Hazell by...

The Toronto show was THE BEST!!!! It was packed, loads of great crowd energy, and I have never seen Spacey T rock out so much. The opening band was pretty good too (can't remember their name) and one of the guys came out and did an impromptu jam with Fishbone towards the end of the show. I didnt get a setlist either but remember they also played Housework, The Suffering, Behaviour Control Technici...

Toronto was just as amazing as everyone claims. The opening act was a rap act that sort of reminded me of De La Soul..think they were called Splize or some similar. The crowd was so revved up for that show, it reminded me of old shows in NYC at the Ritz. Angelo was really angry at that show and it gave the show a harder more hardcore angry energy. It was great. There were three dolled up girls...

Listen to this recording on Archive.org's Live Music Archive !

Recording shared by 3 familyhoodsters
Sorry, only registered users may view the list of traders. Registration is hassle free ! 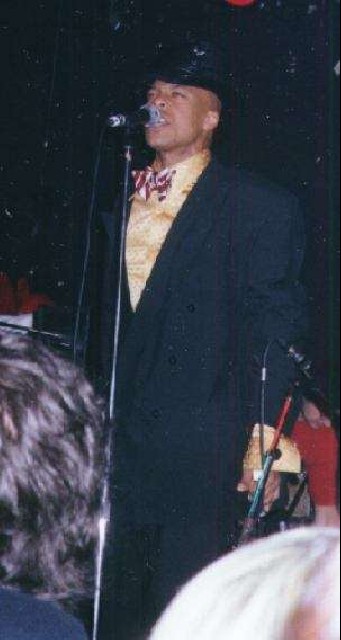